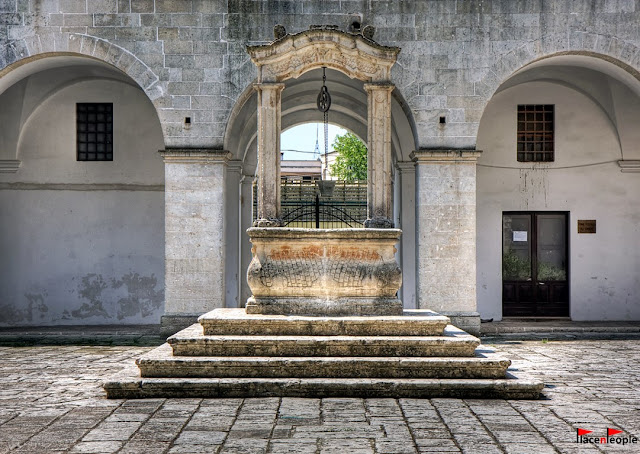 Grecia Salentina is a corner of Greece in Salento, an area of ​​Puglia where, for historical reasons dating back to Magna Graecia first, and to the domination of the Byzantine Empire later, the dialect still spoken by the local population is of Greek derivation, and is called “griko” . 9 municipalities are part of the authentic Grecìa, which are Calimera, Castrignano de ‘Greci, Corigliano d’Otranto, Martano, Martignano, Melpignano, Soleto, Sternatia, Zollino. To these were subsequently added other non-Hellenophones for reasons of better organization of the territory.

The local guides know very well how to conduct the visit so as not to miss the points of greatest artistic, historical and cultural interest, without getting lost in this network of poleis. By visiting the Grecìa Salentina, you are in fact at a point of conjunction of world importance between the Western culture of Latin derivation, which arrived with the expansion of the Roman Empire, and the pre-existing Greek one, which returned in another guise after the fall of the roman western empire.

Organization of the tour

You can choose to visit a single town in Grecìa Salentina (1 location) or you can visit three (3 locations). If you choose 1, it will be a walking tour and you will meet the Organizer directly on site at the agreed time. If you choose 3, you will travel by car and the Organizer will be able to provide a free ride to reach the chosen locations. All PlacenPeople organizers who will accompany you on cultural tours are licensed professional tour guides.

Alternatively, it is also possible to combine a locality in Grecìa Salentina with another locality in Salento (such as Lecce or Otranto). To do this, look at the tours of 2 locations, where our organizers are available to offer a ride by car (in the case of a few people – free of charge) or to organize transport by bus or minibus (in the case of groups).

– STANDARD PRICE: the participation fee for this tour shown above, with a minimum of 2 people. The guide’s activity is included in the cost, while anything else is excluded (snacks, lunch, tickets, souvenirs, etc.).

– CHILDREN: PlacenPeople organizers apply a total discount for children up to 3 years old, while the payment is half the fee up to 11 years old, with a minimum payment of two adult rates. Ages 12 and over are considered adults.

– PRIVATE TOUR: the standard tour is for groups, so other people can join. If you wish to take a private tour, no one else will have access to your booking at your time.

– WITH TASTINGS: in addition to the cultural tour, it includes a part of typical and local food tastings.

– LANGUAGES: the standard tour is available in English and Italian; other languages ​​are available upon request.

– URGENCY: for urgent bookings (less than 24 hours before departure), an urgency management service by PnP is required for a maximum value of €20, which will be indicated before booking.

The entrance to the monuments and indoor places (optional), usually requires the possession of a green pass according to current regulations.

Tours last approximately 2 hours for one location, approximately 7 hours for multiple locations. They always include free time on request, and you can choose the departure time. Available all year round.

Italian and English are standard languages for this tour. Other languages are available on request.

💳- You will pay a deposit with PayPal or card. Activities in PlacenPeople are sold directly by the Organizers.

👍- You and the Organizer will talk by phone and meet on the day of the activity. You will complete the payment directly to him/her.

By completing the payment, you agree to the Terms of Use. In case of cancellation, only the deposit is lost. Cancellation is possible up to 24 hours before midnight on the date of the activity by writing to PlacenPeople and the Organizer (e.g. activities on July 5th, cancellation possible until July 3rd).

Do you want to offer this experience as a gift to someone? It couldn't be easier: use a PlacenPeople Voucher! In addition, you will give to the recipient the freedom to choose a different activity if he/she wants. You can chat with PlacenPeople or have a look HERE.